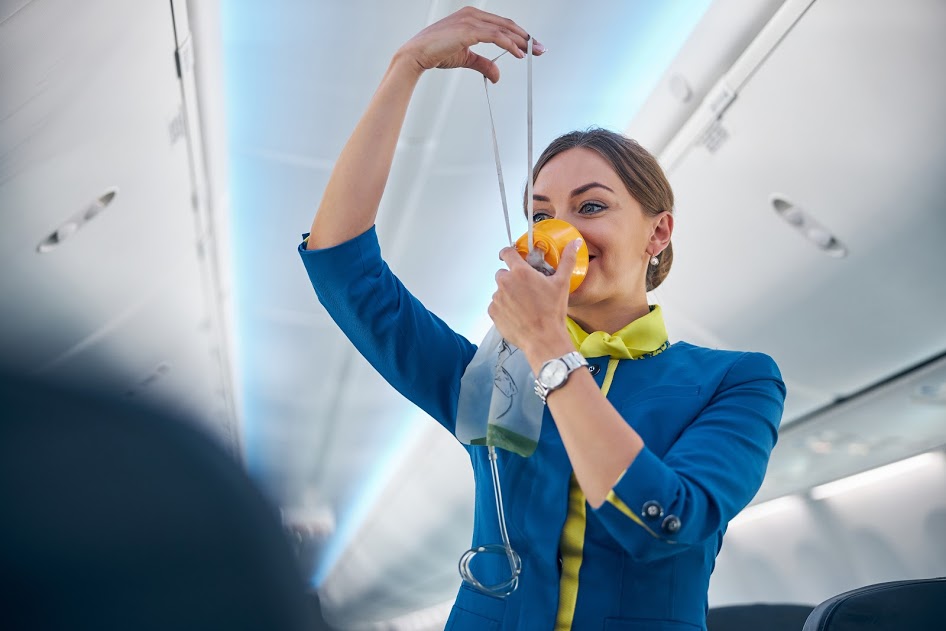 As a cabin crew member, you will provide excellent client service while ensuring customers’ comfort and safety on the flight. In addition, you will serve flyers, beverages and food, as well as offer gifts and duty-free products.

You’ll be taught how to handle security and emergencies, including giving passengers first aid.

You are also responsible for ensuring that all emergency equipment and supplies are in excellent working order before departure. Following that, you will participate in a safety demonstration to verify that passengers understand how to utilise the equipment and safety regulations.

Before a flight you could help:

At the end of a flight you’ll often help:

Cabin employees endure shifts that might be irregular and unsocial. Working early mornings, late evenings, weekends, and public holidays are all possibilities. Some airlines’ hours may vary from week to week. Long-haul flights provide more regular hours than short-haul flights.

If your return flight is cancelled or delayed, you may be asked to work or be flexible on your days off, but you will be paid.

You could work on an aircraft.

Your working environment may be physically demanding and cramped.

You may need to wear a uniform.

Qualifications you can achieve as a cabin crew apprentice include:

Airlines fly either chartered or scheduled, with some mixing the two. For example, during the summer and/or skiing seasons, chartered aircraft often go to the most popular tourist spots, while scheduled flights run at regular times throughout the year and service various destinations.

Employers include large and medium-sized British airlines, as well as international carriers.

Permanent contracts are uncommon and competitive; it may take years of seasonal work before you can apply for one.

Cabin crew are also engaged by commercial and corporate jet companies, often for VVIP flight attendant positions for their key clients. This employment might also be advertised as corporate or executive cabin attendant or VIP cabin crew.

This is a very competitive field. You’ll compete against a diverse group of people, from new grads to those with vast experience, so stay focused and keep going.

Airlines employ all year, so keep an eye on job boards and submit speculative applications. Then, investigate the airline of interest and adapt your application accordingly.

Each airline has its regulated training programme for new hires, which varies in length based on the carrier. However, it usually lasts between four and seven weeks.

The primary focus of the training is on passenger safety, which covers aircraft safety equipment and emergency procedures, as well as security and first aid.

Following basic training, you’ll be on probation for six months, which is regarded as a continuation of your first training. Throughout this time, trainers or senior personnel will be observing your performance.

After completing the probationary period, you will be a full cabin crew team member.

Additionally, airlines that operate a range of planes adjust the training programme to the unique model. Finally, in-house expert training in areas such as staff resource management encourages continuing development.

Promotions in the airline cabin crew are based on experience and performance. From the role of cabin crew member, one might progress to the position of purser or chief purser – the highest flight attendant’s title.

Pursers are responsible for the same duties as the rest of the cabin crew, but they are also in charge of a particular cabin, such as first or business class. As a purser, you will ensure that all cabin crew members offer exceptional customer service while promoting the sale of duty-free items. Most airlines need two to five years of experience to become a purser.

From the role of purser, you may rise to senior cabin crew. This position is also known as cabin supervisor or cabin service director on certain airlines. The job is quite similar to that of a purser, except that you will be in charge of all cabin staff on board, not just those in one cabin. You will report to all cabin crew and the purser/chief purser. You’ll usually be in charge of training and supervising new members and ensuring that all relevant paperwork is completed at the end of the trip.

Some flight attendants may aspire to be very, very important person (VVIP) cabin crew (also known as corporate/executive cabin attendants). This kind of work is often undertaken on private jets for high-profile private clients. Clients are often noteworthy and may include government officials or members of royal families. Employers want the best service and at least two years of experience working in premium (business or first) class. Many VVIP positions are based in the wealthiest areas of the Middle East.

Another option is to go into ground-based operations such as cabin crew training or recruitment, passenger services, or crew controller. You may also work in larger airlines’ marketing, sales, human resources, and safety training.

Was this article helpful?